I’m writing this post from both a position of love as a reader of domestic noir, but also as a wannabe writer of domestic noir. Not at the minute as Vida and Slater have just embarked on their second adventure together but at some point in the not-too-distant future, I’m going to write the story of Lucy Bryant and explore all that domestic noir has to offer.

The thing is, I feel like some people get a bit sniffy about the title of domestic noir. Heck, if there’s anything I’ve learned at all from doing my MA, it’s that people get a bit sniffy about all kinds of titles. And hey, maybe titles and genres don’t matter. But for the purposes of this post, we’re talking about domestic noir. Just because it has domestic in the title, it doesn’t mean it’s cosy, or … female-only. I genuinely think that, done well, domestic noir can be the most powerful, the most unsettling, the most downright entertaining sub-genre crime has to offer. In the same way the most unsettling ghost stories or horror stories come at us while we’re laying in bed alone at night, domestic noir can invade that place in which we should feel most secure; the home.

That said, I do feel that there’s a lot of so-called domestic noir out there that is just not hitting the standards it should. The lines between domestic noir, and the psychological thrillers, and, let’s call them, tales for girls becomes blurred. And so while there’s some amazing domestic noir out there, there’s also some ridiculous stuff that does not do crime as a whole, let alone domestic noir as a sub-genre, any favours at all. So here are the three rules I’m going to follow when I’m writing a domestic noir in the hope that what I manage to do is write something eminently believable and totally unnerving.

This has got to be my number one bugbear. So here I am, a wife and there he is, my husband. We’ve promised to love, honour and obey most of the time. We’re pretty happily married. My life is superficially perfect. Then bam. Someone I’ve never met before comes and whispers something about my husband to me. And you know what? Instead of saying, ‘no, he’s my husband. I know him and I believe him,’ I believe what this complete stranger is telling me. Nooooooo! I don’t want to read domestic noir where people are so suspicious of their partners that the first time someone says some negative about them, they believe it! I want to read a real relationship. If someone talked shit about my husband, I’m not going to leave him as a result of it. I’m going to get angry with that other person. Yes, eventually it might lead me down a road that leads to me finding out he’s untrustworthy, but it should never, and would never, be my first response.

People in domestic noir novels often seem to have superficially perfect lives. They live in lovely houses, with everything they need on tap, their children are perfect, their work-life balance is spot on and it’s all completely tickety boo. Of course, I know that this is included so that we can see how far they fall – maybe even enjoy it a little bit as we all like to see perfection shattered (or just me?!) But to be truly effective, truly unsettling domestic noir, I want to write about normal people whose lives are perhaps pretty good, but they’re a long way from perfect. People like me; I might not have as far to fall, but if something like that can happen to someone like me, it makes it all the more unnerving for the average reader.

Alright, quick show of hands. How many of you have got a secret that could be used to destroy you? I’m betting not that many (although I might be wrong!) In these novels though, you often come across the kind of secrets that are just mammoth and therefore completely unbelievable. In the last one I read, the female protagonist had been groomed by a male teacher and she’d killed him and buried him in the back yard. Perhaps I’m naive and just hopelessly optimistic, but I can’t believe that there’s that many of us who have got that level of secret in our backgrounds. And a set up like this just means, fundamentally, I don’t believe this story could happen to me. And if I don’t believe that, then I think the real power of domestic noir has failed. So when I write it, I’m going to go for something more subtle, a less ridiculous secret, something that perhaps everyone’s done. Maybe put their dog poo in a neighbours bin, or been passive aggressive about the amount of time they’ve been waiting in a queue. Okay, not really, but you get the idea. I want my readers to be truly concerned that something could happen to them in the same way as it does to the protagonist because the relationships, the lives and the secrets are all just achingly normal.

That’s the plan, anyway. Watch this space for whether or not me and Lucy Bryant ever manage it!

Do you enjoy domestic noir? Do you find the same things annoying or does something else get up your nose? 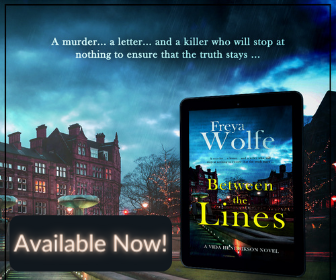